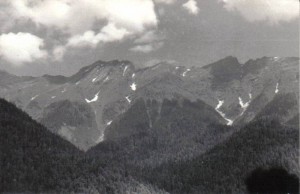 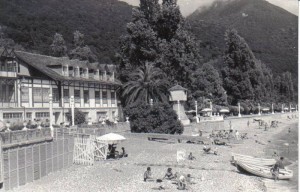 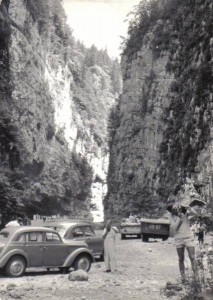 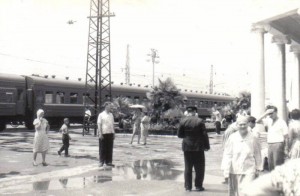 ITINERARY:
In the morning May 6 I take a Turkish plane from Prague, Czech Republic to Istanbul, Turkey. There I switch to another Turkish plane to Moscow, RUSSIAN FEDERATION. It lands in Moscow in the evening. A Russian guide Dmitry takes me by car to my hotel for overnight stay.
On May 7, I, my 2 companions (Thea and Al) and our guide board a Russian plane from Moscow to city of Makhachkala, a capital of Dagestan (part of Russian Federation) on western edge of Caspian Sea. With a new Russian guide Vladimir we spend afternoon sightseeing the city on foot and by car. Overnight in a hotel.
Next day, after seeing a market in Makhachkala, we drive south along the coast of the Caspian Sea to city of Derbent. It was built on an incline above the sea with a fortress on its top end. Starting with the fortress we do sightseeing of Derbent with its Russian oldest mosque, an Armenian Church, a synagogue and a Russian Orthodox Church. Our accommodation is in a nice hotel. The following morning, May 9, we see a celebration of the end of WWII a Russian style. There is even a large poster of Stalin carried through the streets. It ends with speeches on the main square.
Read more

At midmorning we drive our SUV into the Caucasus Mountains to a village Kubachi. We explore the village built several hundred years ago. Presently about half of the houses are empty and in ruins. We get food and accommodation at one family house. In the morning we see a local market and an old watch tower. Soon after we leave Kubachi and drive on unpaved roads among grassy mountains. People use dung as fuel here. After some stops at villages we have lunch at one family house, a visit with a sculptress and a local seamstress. At night in a hotel in Gunib.
On May 11, we see local monuments and then do some walking in the town of Gunib. After stops at a shop of a gun manufacturer and at burka factory we cross border from Dagestan to Chechnya and soon get in a hotel. Next day we come to Grozny, the capital of Chechnya. It is newly built, because in recent two wars it was leveled. We see a beautiful mosque, Kadyrov Museum and the Putin Ave.
On May 13 we drive to mountains of Ingushetia. Though both Chechnya and Ingushetia are part of Russian Federation, each of this republic has a border police stopping the border traffic. We see towers local people built for protection on the top of cliffs. Hotel in the village Armkhi has all the shortcomings of buildings built during the communist era.
On May 14 we enter Republic of Northern Ossetia and its capital Vladikavkaz. It is a nice city built by Russians for Russians in 19. century. While Chechens and Ingushetians are Muslims, Ossetians are mostly Christians. We spend the following day exploring it. We also visit a town of Beslan outside Vladikavkaz where in 2004 over 300 people, mostly school kids, were killed by Chechen terrorists. The following day we take 4WDs to mountains of Ossetia in the Central Caucasus. We see a mining town and, in the afternoon, we visit an old necropolis with many above the ground tombs with human bones scattered around. By night we are back in Vladikavkaz.
On May 17 we leave Vladikavkaz. From here we have again Dmitry as our guide. Originally, he took us from Moscow to Dagestan. Vladimir returned to Makhachkala. Soon entering Kabardino-Balkaria Republic and after lunch its capital Nalchik. Here we get a lecture about local historical weapons and taste wine in a winery resembling old castle. Next day we do some sightseeing in the mountains in 4WDs. More than once snow stops us, and we had to look for different road at elevation 3,000 m. Overnight in hotel in city of Pyatigorsk. The following morning, we sightsee this spa city and take a cable car to a mountain above it. In the afternoon by train 180 km to a town Armavir and then by car 3-hour ride to a village Mezmai. Not too much there. After night in a hotel and food at one family house we drive many hours to Khadyzhenskaya. From there by train along the coast of Black Sea to Sochi.
On May 21 we drive to border between Russia and Abkhazia. Abkhazia was part of Georgia, but from the war in 2008 it has become de facto part of Russia. After crossing to Abkhazia, we stop to see Gagra, so called Russian Riviera. Later we visit Pitsunda Peninsula and have lunch at a family farm in the mountains. By evening we reach our hotel in Sukhumi the capital of Abkhazia. Next morning, we have sightseeing of the city on foot. Then we leave Sukhumi. In the afternoon we visit Stalin’s house in Gagra. After that we cross border back to Russia. Al and Thea go directly to the airport to fly home this evening while I and Dmitry head for a nearby hotel.
Very early on May 23 I take a plane from Sochi to Istanbul and from there another one to Prague.

Travel office: Spiekermann Travel Service
Who took part: There were 3 tourists (Thea, Al and I), guides Dmitry and Vladimir, and drivers.