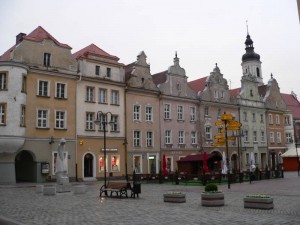 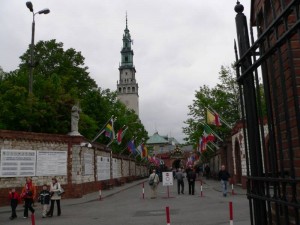 ITINERARY:
This trip was done mostly by train but had also two flights. It started on railway station in Prague (Czechoslovakia) on June 19 and continued to POLAND with 1.5 day stop in Warsaw. Before noon of June 21 we continued by train to the border of that time Soviet Union specifically to its BELARUS (stop in Grodno). We continuing to LITHUANIA, where by night June 21 and stayed until June 24 (visiting its capital Vilnius and Trakay), by train to RUSSIA for June 25 and 26 (seeing Leningrad, now St. Petersburg, and some of its surroundings). From here by train to ESTONIA for June 27 through June 29 (sightseeing its capital Tallinn). Back by train to RUSSIA for June 30 to July 2 (to continue sightseeing of Leningrad with Hermitage, Katarina Palace and Peter’s Hoff). Night flight to LATVIA where from July 3 to 4 (its capital Riga and its surroundings). Early morning flight back to RUSSIA (this time the capital of Soviet Union and Russia, Moscow, with sightseeing of Kremlin and other historical places and museums), where July 5 through July 7. In the morning on July 8 departing Moscow on a train through Ukraine and its part Ruthenia (which used to be a part of Czechoslovakia between WWI and WWII) and Slovakia the time of this trip part of Czechoslovakia, coming to Prague (Czechoslovakia) in the morning July 10.

Travel office: Cedok (that time the only travel office in Czechoslovakia)
Who took part: About 30 Czech tourists, our Czech leader Prokop H., our Russian leader Svetlana A. and local guides in various visited places.

ITINERARY:
On May 31, 2010 before noon my American friends Bob and Evelyn and I leaving Prague, Czech Republic in a Hertz car for southern POLAND. Bob is behind the steering wheel of our rented Octavia, while I am the navigator. Some 3 hours later we cross the border into POLAND at the Czech town of Nachod.
On the Polish side we drive through area called Klodzko and late in the afternoon we settle down in a hotel in town Opole. It is a historical town which we explore in the evening. The following day we leave Opole for another Polish historical town Czestochowa. Here we visit the most famous Polish cathedral with the painting of “Black Madona.” By evening we reach the city of Krakow, former capital of Poland.
First part of Jun 2 we drive to Velicka outside Krakow and take an English tour in the famous salt mine there. In the afternoon we are back in Krakow where we visit the Wawel Castle, the cathedral and go around the fortification of the Old Town. Later on Bob and I without Evelyn walk through the Rynk (the main square), see the city gates and the Barbican Fort.
In the sunny morning of Jun 3 we again do sightseeing of the Rynk, hear the sound of the trumpet from the tower of the St. Mary Cathedral. Still before noon we leave Krakow for the Czech border which we cross at the town Tesin in the afternoon. By early evening we come to Chrudim, where we stay next few days.

Travel office: Bob and I arranged the trip ourselves.
Who took part: My American friends, Bob and Evelyn, and I traveled alone.

ITINERARY:
At noon on Apr 27, 2019 I took a train from Prague, Czech Republic for three-hour ride to Bratislava, SLOVAKIA. I was taken by a member of Best Slovakia Tours to my hotel. Next day I have a sightseeing tour of Bratislava, the capital of the country. The following day there is a trip by car with a driver/guide to the monastery Esztergom in HUNGARY.
On Apr 30 I started the Slovakia tour in a car with a driver/guide on earnest. I left Bratislava for a week to see the historical places Banska Stavnica, Zvolen, Banska Bystrica, Lavoca, Spissky Castle, Kosice, Presov, Bardejov, rafting on Dunajec River, High Tatra Mountains with a daytrip to Zakopane in POLAND (Tatra Mountains), Kezmarok, Bojnice Castle and back to Bratislava.
On May 8 I take a noon train back to Prague.

Travel office: Best Slovakia Tours
Who took part: I traveled by myself in a car with a driver/guide.